While driving with my two boys (6 + 8 years old), we got on the topic of them having kids, therefore me being a grandma.

Because I’m always paranoid about my parenting (who isn’t…), I asked the question, “would you want me to watch your kids?”

My oldest one said, “No!” I said, “Why not?” and then held my breath waiting for them to repeat to me the list I carry around in my head of how I’m a bad mom.

He answered, “You will make them eat their vegetables before they have desert!”

And then my 6 year old chimed in, “Yeah! You will make them get 5 stars before they can do anything fun!” He said “5 stars” in a mocking tone…

We all started laughing. I guess at the end of the day if they think my worst trait is holding them to a reward system, I’m doing pretty well.

About four months ago, I decided that I needed something tangible to reinforce the good habits and behavior that had been lacking.

I was sick of repeating myself endlessly, and time-out and “stern talking to’s” weren’t making a difference.

So I decided to create a reward chart to encourage my kids to earn their play time and screen time by displaying the type of behavior that is expected in our household.

Once I started using the reward chart system, our days changed for the better. I am finding that I don’t need to discipline as much because the chart does the work for me. Basically, I let the chart do some of the parenting.

My son’s teacher has reached out to me to share the huge change she has seen in his behavior since I laid down the law using the reward chart. And my 6 year old no longer procrastinates every morning to go through his Morning Routine Checklist.

Keep reading to find out how I structured our reward chart system, and how you can implement it in your family.

Are Reward Charts A Good Idea?

First of all, I am not an expert in parenting or how children operate. And I understand that behavior/reward charts can be controversial because there’s a belief that children should learn how to do things for the intrinsic value, not because they are rewarded for it.

However, because I have seen such a drastic change in our household (more peaceful and kids are more self-sufficient), I believe that a reward system works for our family.

Some of the benefits of reward charts for children are:

How Do You Use A Reward Chart?

These are the steps I took to put the reward system in place and start using the reward chart with my two young kids.

Step #1 – Have a conversation

After having an extremely stressful few days where I felt like I was yelling more than not, I sat down with my kids (when I was in a calm state) and shared with them my idea for putting a behavior chart in place.

I told them that the reward/behavior chart would allow them to earn play time and screen time after school.

I had some ideas for what I wanted to include in the chart, but I also asked the kids what they would like included?  They had a few suggestions that we moved forward with.

Because I included them in the creation of this system, they were on board with giving it a try.

We all agreed that if things became worse because of the reward chart, we would stop using it.

Step #2 – Decide on the behaviors/habits you want to reward

This is what I took into account when creating the reward chart:

After asking myself these questions, and taking into account the conversation I had with my kids, I then asked myself a bigger question to really weed out anything unnecessary.

That question was, “Does this behavior/habit that I want to reinforce really matter? Or is this something that I specifically don’t have the patience for?”

Another good question to ask yourself is, “Will rewarding this behavior/habit make my child more independent, kinder, and increase their confidence?”

For example, one of my boys tends to be a bit cranky and easy to anger in the morning. Knowing this, I didn’t want to put a “rule” in place that he has to be happy every morning because he’s allowed to have his feelings. However, in order to earn a reward, he cannot use mean words, or argue and fight with his brother in the morning.

Step #3 – Write out the behaviors/habits that earn rewards

I made this super simple by handwriting on a piece of paper what behaviors I wanted to see from my kids. You can see this in the pictures below:

Step #4 – Write out the rewards

I also included my kids in this process. I asked them what they think they should earn with their rewards (stars)?

We all agreed that play time with friends and screen time were a good reward. If they had a “perfect day”, which I told them was not the goal because I want this to be realistic, they could stay up a half hour later and watch TV.

In order to make this as easy as possible, I attached one star to each bulleted behavior/habit.

(The above picture is the reward chart that I use with my kids. You can find it here.)

This is when you get to decide how hard you’ll make your kids work for their rewards. I wanted to make the system somewhat easy so they wouldn’t feel discouraged.

I set up our system so a perfect day would be 8 stars. However, they only have to earn 3 stars to play with friends, and 5 stars to have screen time.

Once and a while my kids decide they want to go for 8 stars so they can have some extra TV time.

At first, there were days when they weren’t able to play with friends after school. They were very upset about this, but the next day they made different choices.

Once you’ve taken they time to put the reward chart together, you have to put in the time to make it stick.

It took about two weeks of the kids testing the system, and me not backing down on the rules put in place, before it started running smoothly.

One of the biggest things I had to remind myself is that I couldn’t take back a star once it was earned. I also had to stay true to what the reward chart said.

For example, I couldn’t decide one day to go easy on the kids and let them get away with not completing their after school list, and the next day demand that the list be completed.

I also made sure to be as flexible as possible with the rewards they earned. If they earned screen time, I didn’t put a limit on it because it’s something they worked hard to earn. Plus, they had limited time between after school and dinner to use screens as it was.

The Many Benefits of This Reward Chart System

I did very little research before putting this system together. I just knew that I was sick and tired of my kids not using their manners, fighting at the breakfast table, and getting home from school and leaving their stuff all over.

For me personally, finding a way to enforce new behaviors has always been helpful. Plus, I know that my kids work much better when they have very clear expectations.

Since putting this system together, here are the changes I’ve witnessed:

They also carry many of these behaviors over into the weekend – a time when we are more laid back and don’t use the reward chart system.

We still have our days (this morning was actually one of them), when there’s some arguing and name calling. But these types of days are less likely now.

Use This Reward Chart System To Make Parenting Easier

I talked a lot about the changes I’ve seen in my kids since implementing this system, but I’ve benefited also.

Having some sort of external reinforcement takes the pressure off of me to have to create consequences, or reinforce rules. The chart does it for me.

When my kids don’t finish their morning routine checklist on time, they know they lose out on getting a star for that without me having to tell them.

It’s like I’m letting the reward chart do some of the parenting for me.

Will You Use A Reward Chart?

Now that you’ve read about how we implement the reward chart system in our household, what do you think? Is this something you would like to implement? If so, go here to grab your Reward Chart with stars. If you already have a reward system in place, please share it in the comments below!

Want to feel less overwhelmed and more in control as a mom? Check these out: 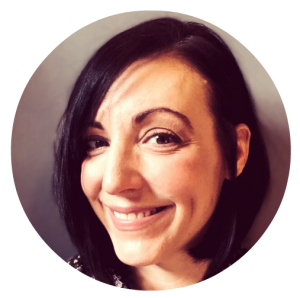 I am a wife and mom of two young boys.  I couldn’t live in a world without books, podcasts, Bravo TV, coffee, cross-stitch, planners, and my sneakers. I hope to teach and inspire you to be intentional with your time by using routines and habits so that you can enjoy your day and your family. 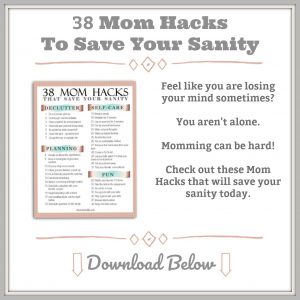